Sometimes You Have To Polish Poop to Know its Poop

Just to give a little background, I’ve dedicated this year to learning the craft of writing. I left all the pressures of deadlines, word counts, and Nanos behind to focus more on style, and voice, and technique. The writing is slow going, but clean and powerful and I’ve even surprised myself by the abilities I posses when I apply myself. Progression is tedious, but worthwhile. So why in the world did I feel the need to add pressure by signing up for a first chapter contest?

I don’t know, but I did. Coupled with a few critiques from both my writering group and last week’s retreat, I’m in that place where you think failure is the only option, but success seems so close. See the conundrum?

I’ve spent the past week polishing my first two chapters until they glimmer brighter then Edward Cullen’s skin on a sunny afternoon. I’ve cut beloved scenes, reprimanded disobedient characters, and changed entire plot lines. I’ve slaved over this story! You think it’s easy being a man, making hard moral choices that go against everything you want and desire in life? Try being the woman who created that man. Not. Easy!

After reveling in the greatness that is my new beginning, I pulled up old contest and agent critiques just to be sure I had covered everything possible in this rewrite and could finally wash my hands of the dreaded first chapters.

It was at this point, while rereading critiques I’ve read several times before, that I realized I’d missed their points completely. I’d just spent a week polishing POOP! Wonderfully written poop, but poop just the same.

My hero and heroine stare at each other longingly across a room, but does that really count as a “cute meet”? And would Mr. Alpha Male spy a woman in need and turn the other cheek? Not my kind of hero! Queue the hero song.

So now, after a week of polishing, I’m back to the drawing board. Who knows, one day I might actually finish the book.
Posted by Ann Stewart at 1:54 PM 1 comment:

Posted by Ann Stewart at 2:36 PM No comments:

Light it Up for Autism 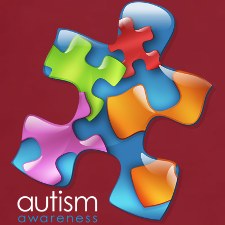 I’ve turned my blog blue in honor of the strongest kid I know, my son Jeffrey, and the millions of others who suffer from an Autism Spectrum Disorder. 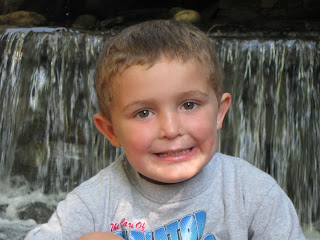 When Jeffrey was two, after six months of fighting for someone to hear our concerns and give us answers, he was diagnosed with Classical Autism. The tears I shed that day were from both the relief of finally having an answer, and the fear of his future.
Would he attend normal school, go to college, hold down a job, get married, be able to care for children, a family? Would he make friends, be invited to sleepovers, get into mischief like typical little boys? Would he ever be able to feel pure happiness, and not be afraid of all the things his father and I couldn’t understand? 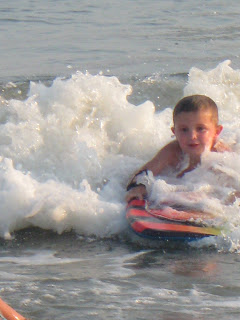 Sure he doesn’t have a life threatening disorder, and believe me, I thank God for that daily, but ASD is a debilitating disorder that not only impedes the sufferer, but all those who love and care for them. Until Jeffrey, I don’t think my heart had ever truly been broken, but in those first few years, I don’t think it was ever whole.

Three years later, with the help of several earth bound angels, we are all doing great. Jeffrey starts Kindergarten in a typical classroom in the fall and dad and I have a great deal more understanding and support then we ever thought possible. Our road is still long, and I know there will be bumps along the way, but because of Jeffrey’s determination and willingness to overcome his fears he will be a shining star on this earth despite his limitations. 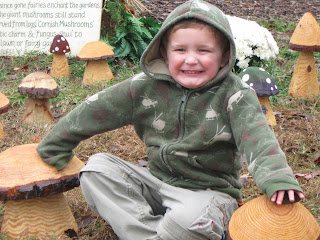 Our story is one of great success, but much of that success is due to an early diagnosis. This year, one in every one hundred and ten children will be diagnosed with autism thanks to early intervention screenings and government funded programs. That means one in every hundred and ten children will receive a diagnoses and hopefully assistance, but my heart goes out to those who don’t have the recourses or the know how to find help.

For those people, and people like Jeffrey, I hope you’ll wear blue on April 2nd. The more awareness we bring to this issue, the fewer people will suffer in silence.

Helpful Links for information on Autism and Diagnosis

http://www.autism.com/index.asp
Posted by Ann Stewart at 12:46 PM No comments: